Fast and it works, Can grab the blocks from awkward angles,  we can make it faster with mecanum wheels in terms of lining up for the cipher, could maybe go for the relic.

Saw that it worked at orange, can go for the relic.  However uses rack and pinion which is slow and gets unaligned fast. Same design from previous Tuesday’s meeting 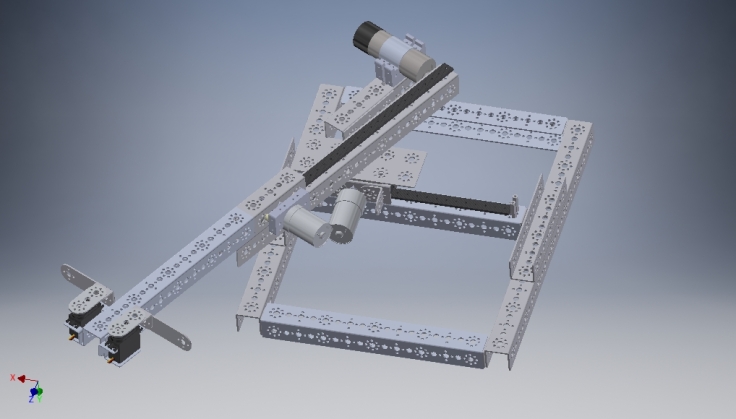 This shows the arm design which can move from side to side and rotate at the base, can change the arms angle using a very powerful Neverest motor and can extend to roughly double its length using a rack and pinion

Grabber in the front with soft spikes on each side of the grabber to capture the block. The grabber lifts up 180 degrees and puts the block on a conveyor belt that lifts the block over the bot. The block then falls into the cipher