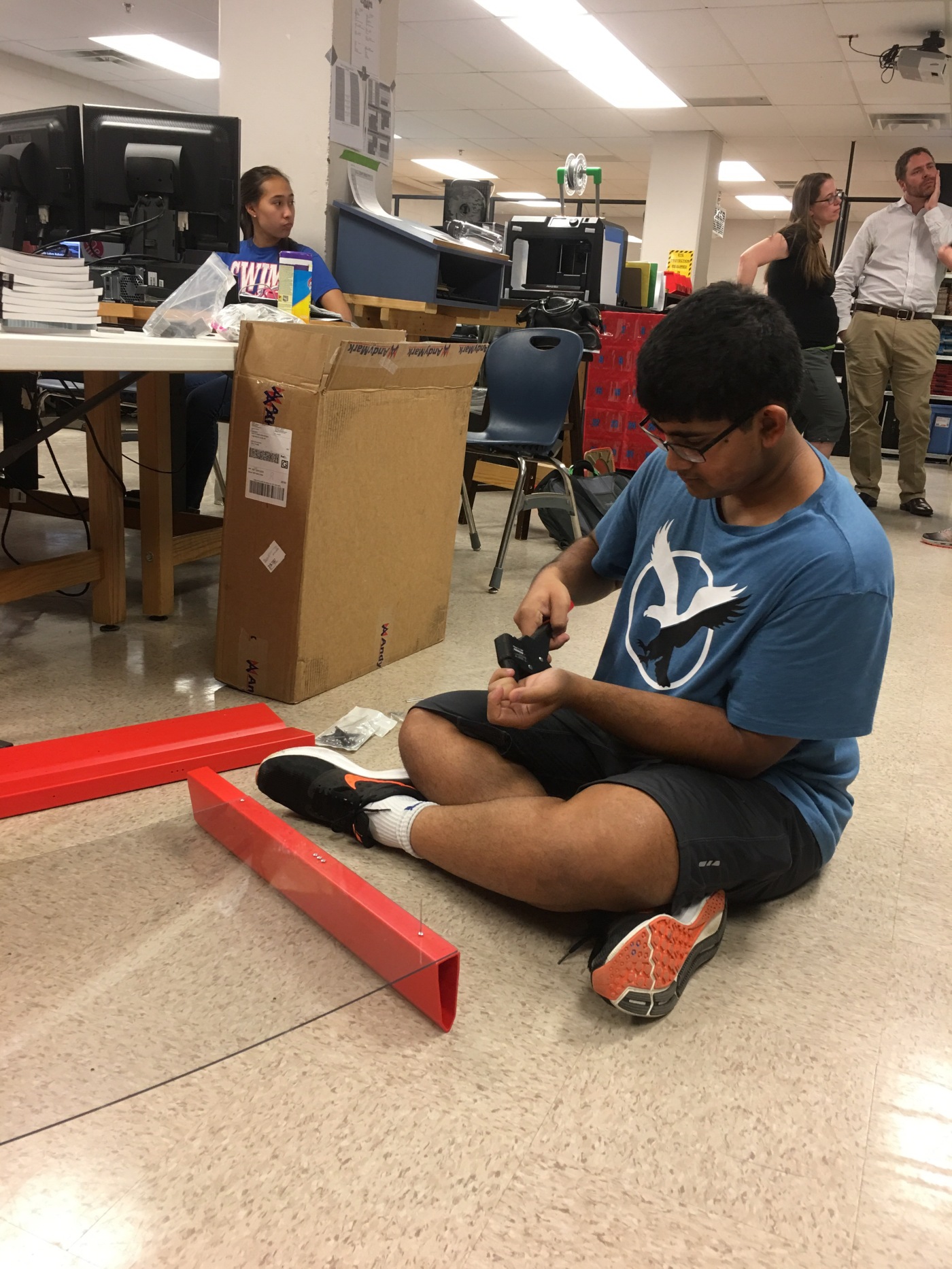 Some of the field pieces were assembled by Rohan.

Mira continued building a CAD drawing of an idea for a glyph collector.

Logan and New Andrew wired up the C-bot chassis.

Kara and the software team successfully tested the phone connectivity.

Kai and Erin worked on the sponsorship brochure.

People put their information into the team roster.

The existing software team helped new members learn how to build the code.

Software and Build Teams met and discussed how to work with the different pieces of bot construction/programming. 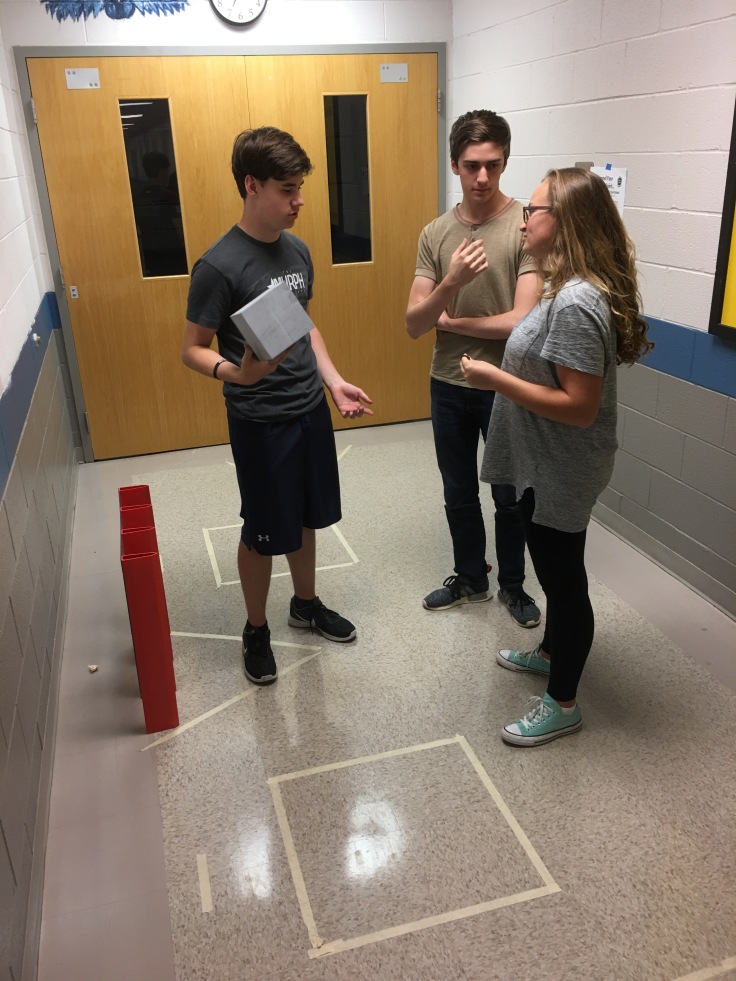